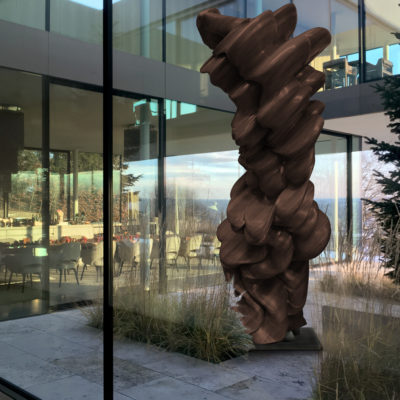 For Cragg, the human figure is prime example of something that looks ultimately organic eliciting emotional responses, while being fundamentally an extremely complicated geometric composition of molecules, cells, organs and processes. In 1988 Cragg received the Turner Prize at the Tate Gallery in London, represented Britain at the 42. Venice Biennale and was appointed Professor at the Kunstakademie Düsseldorf. Cragg has exhibited extensively at many of world's most important art institutions. In the 2016 Birthday Honours Cragg was created a Knight Bachelor for services to visual arts and UK-German relations.

* 1949 in Liverpool, United Kingdom, lives and works in Wuppertal, Germany.