The contrast between material and form could hardly be greater: steel, inflated by pressurized air to create organic-soft, highly sensuous objects, appearing to be as elastic as rubber. The objects are reminiscent of seed pods shortly before they burst, the swollen, rounded forms of which press against one another, with deep chasms between them. A concave- convex compression of forms. The voluptuous sculptures of Jeremy Thomas evoke not only botanical but also erotic associations that the artist intensifies using a special treatment to finish the surfaces. He works with rich, glossy industrial powder coating which is normally used for farming machinery or with metallic shimmer- ing nail polish that he buys in small bottles, contrasting them, on one side of his sculptures, with velvety-soft, rusted surfaces.

The American artist, who, born in 1973, lives near Santa Fe, New Mexico, and originally studied painting, has been practicing this unusual method of transforming metal for more then 10 years. He cuts steel plates into ellipses and circles, folds them and then lays two or more of them on top of each other, clamping and tack-welding several elements together. The next step is to weld the seams together so that they are airtight and to heat the structure in a forge to more than 1200°C until it is as malleable as clay. Then he has to work quickly: he pumps pressurized air into a hole in the object which remains visible after the whole process is completed. These structures arise from a kind of explosion. The objects pop open like popcorn on a hotplate, but of course not as randomly. Thomas is able to control, at least in part, the extent to which the steel is inflated, depending on which geometrical shapes he cre- ates from the surfaces, folds and combinations thereof. It is worthwhile noting that the original, forged struc- tures made of interconnecting circles and ellipses are in themselves aestheti- cally pleasing. Even after a powder coating has been applied, the creative process can still be traced – in the folds, the welding, the seams and bulges – and this is an essential part of Thomas’s art, in contrast to the balloon figures of Jeff Koons, for example. (Text: Markus Zehentbauer) 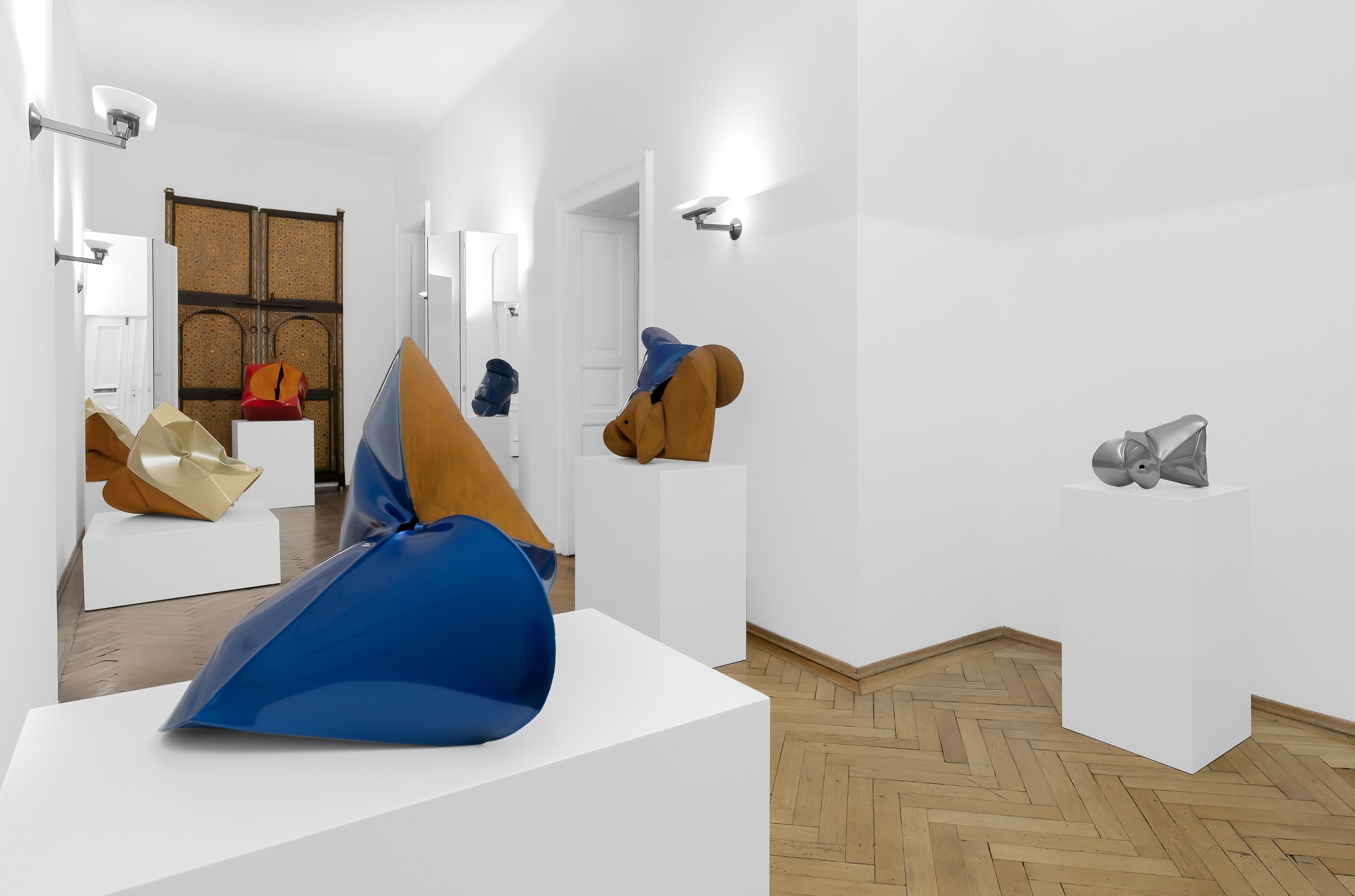 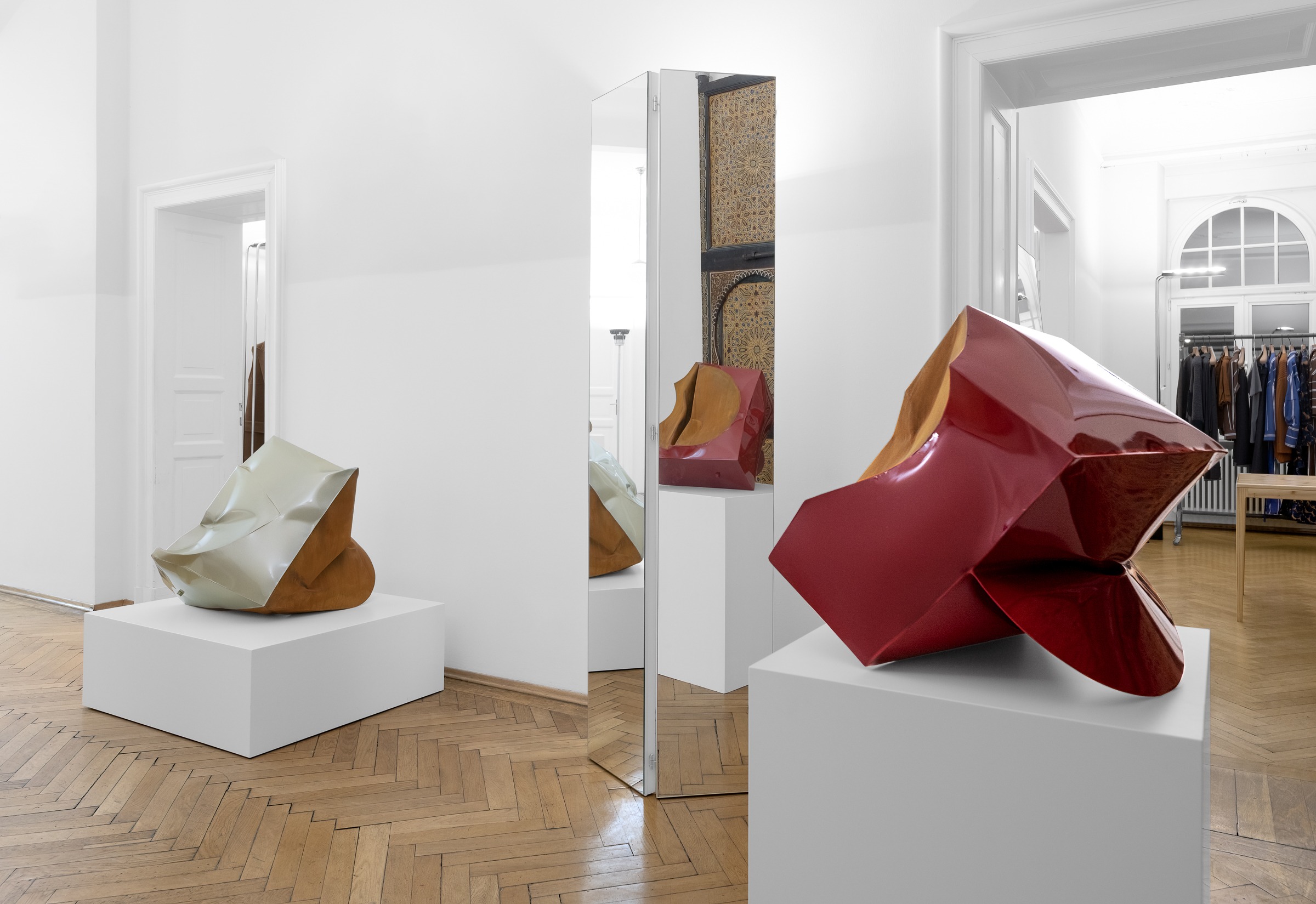 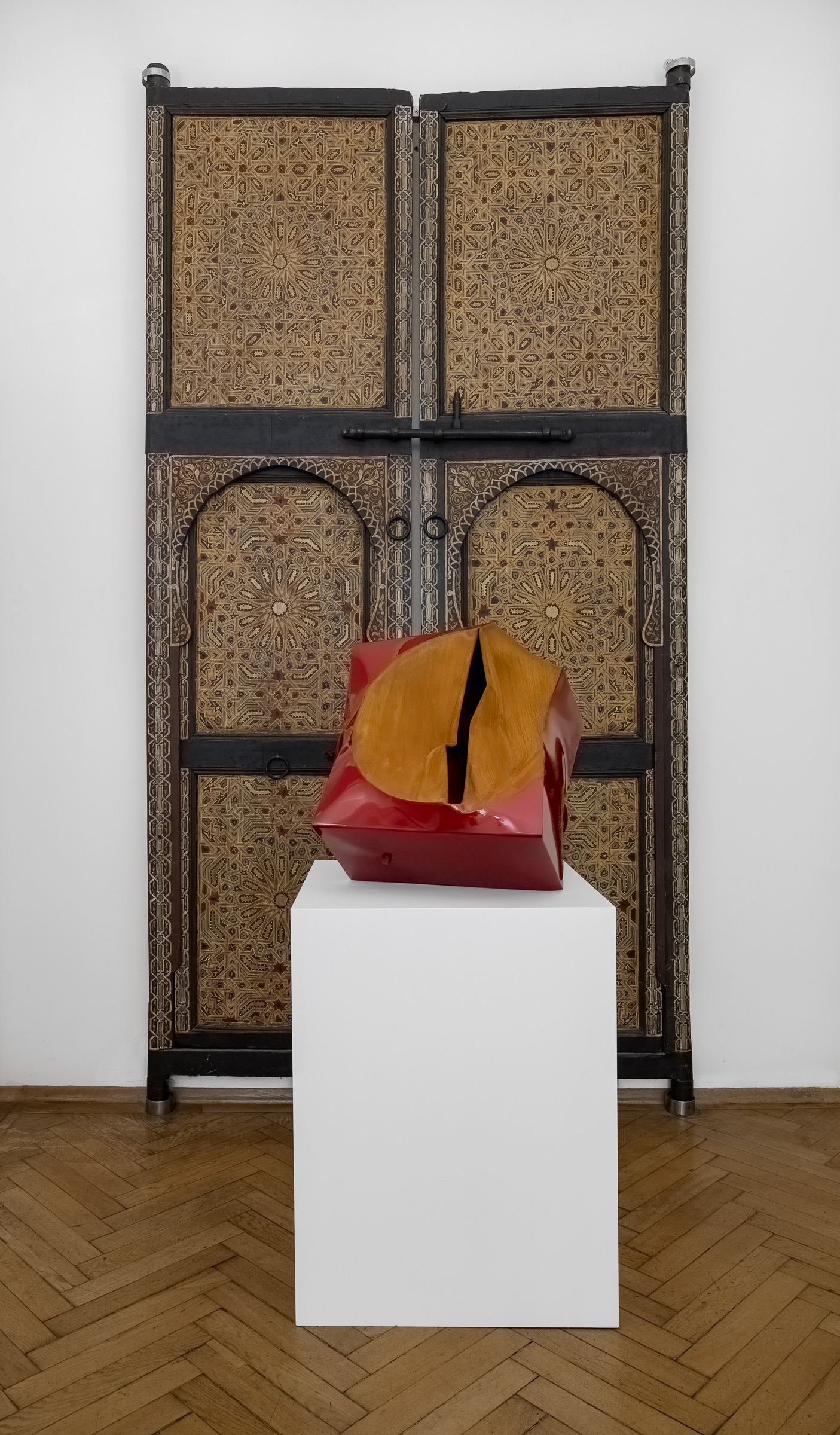 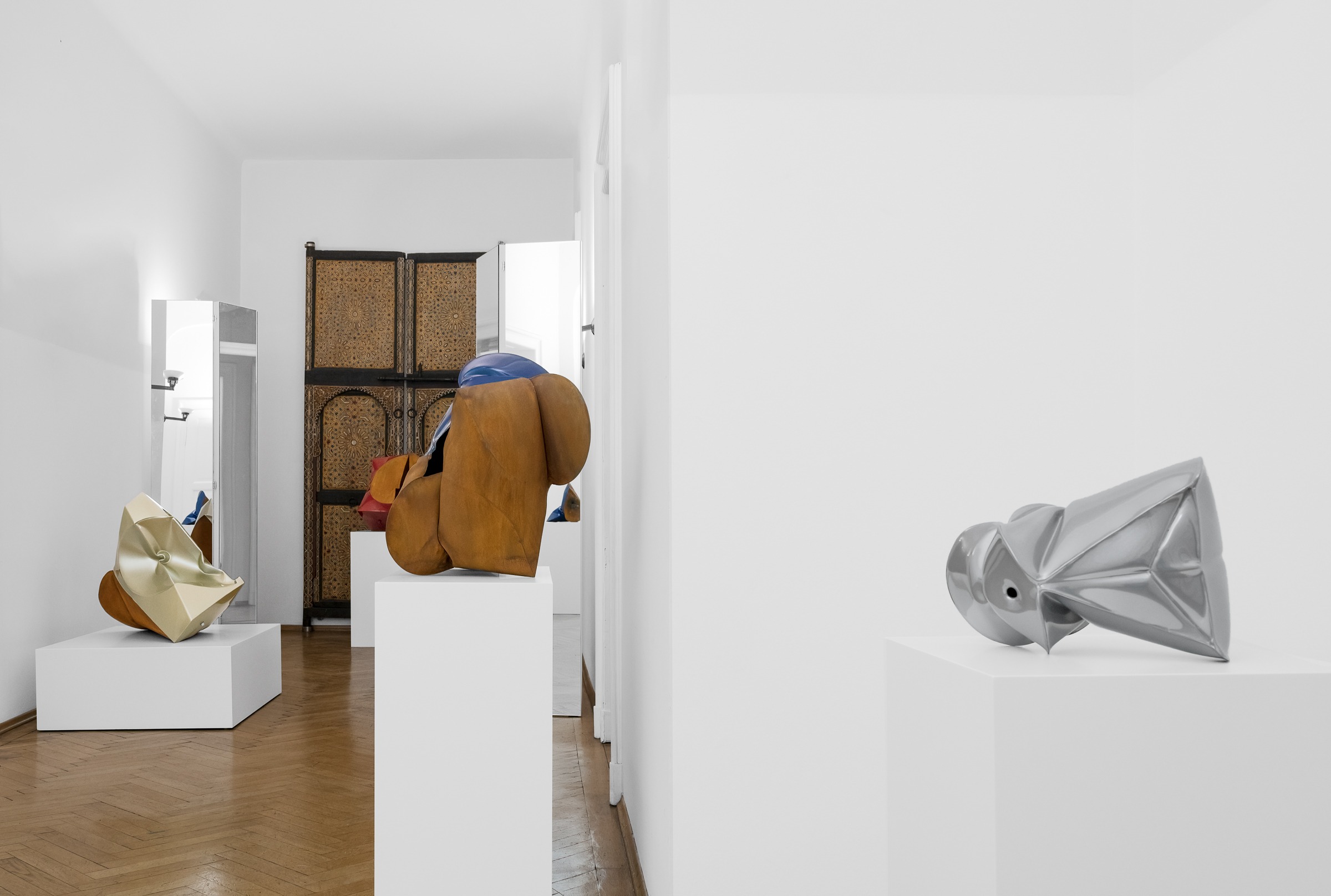 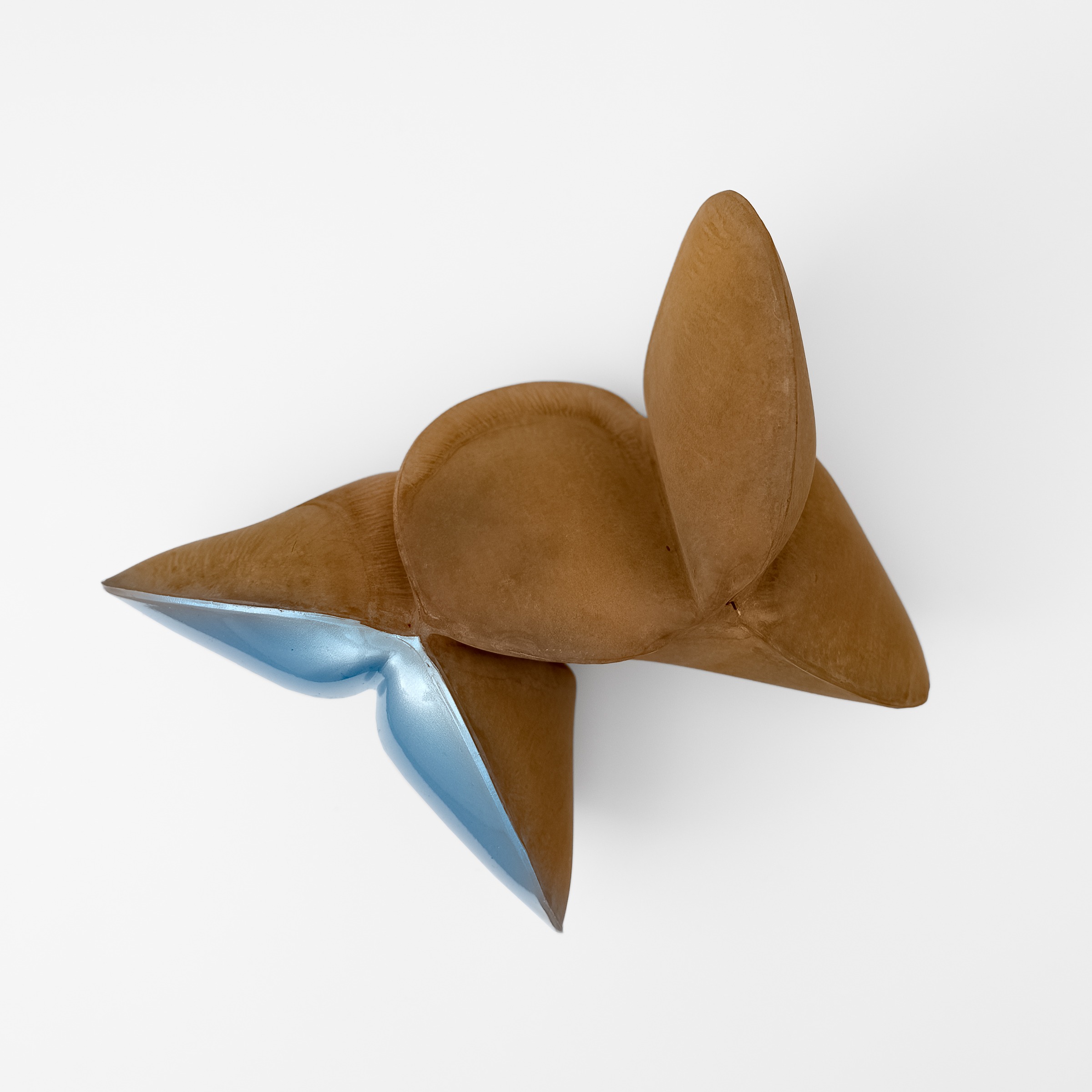 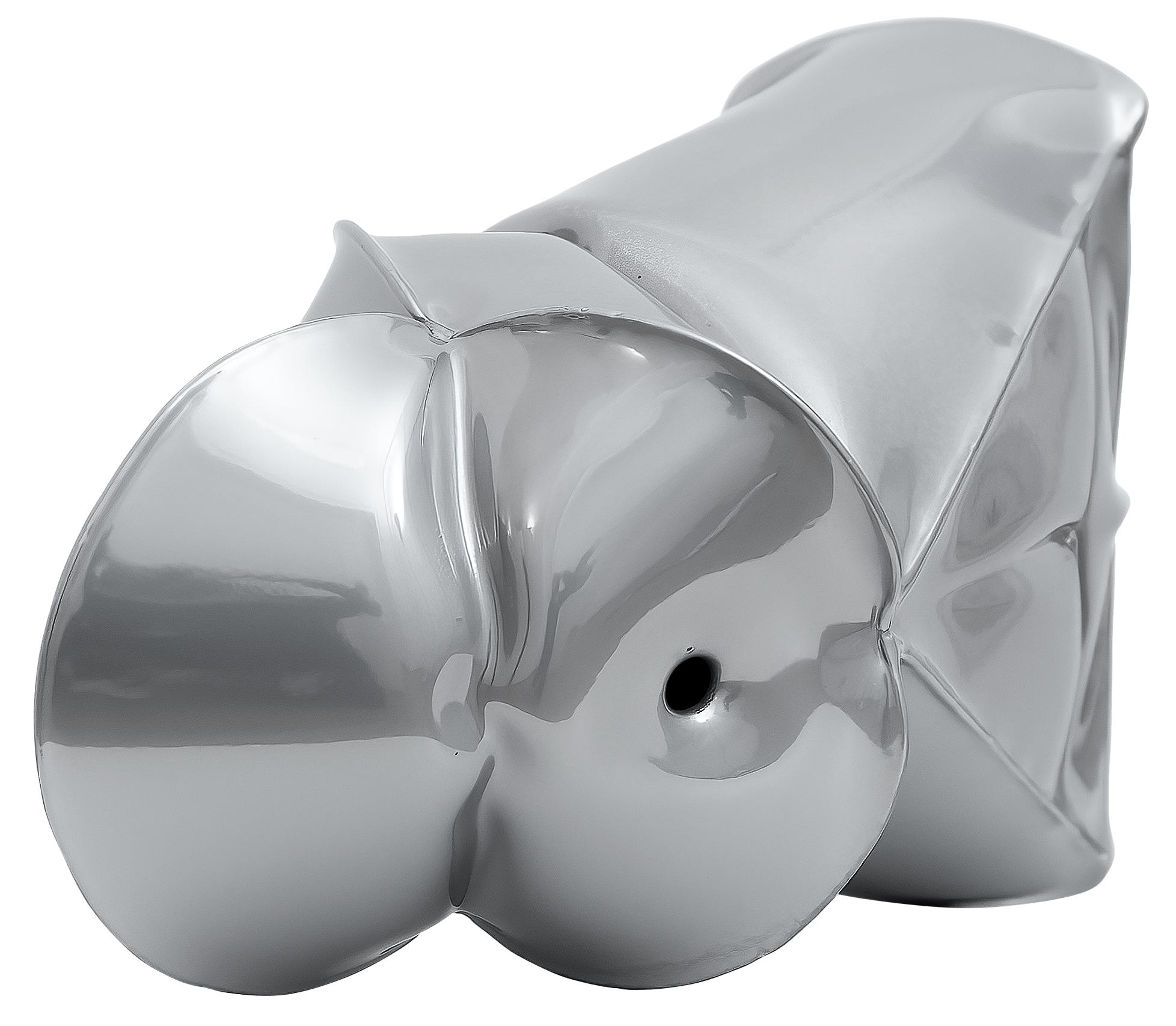 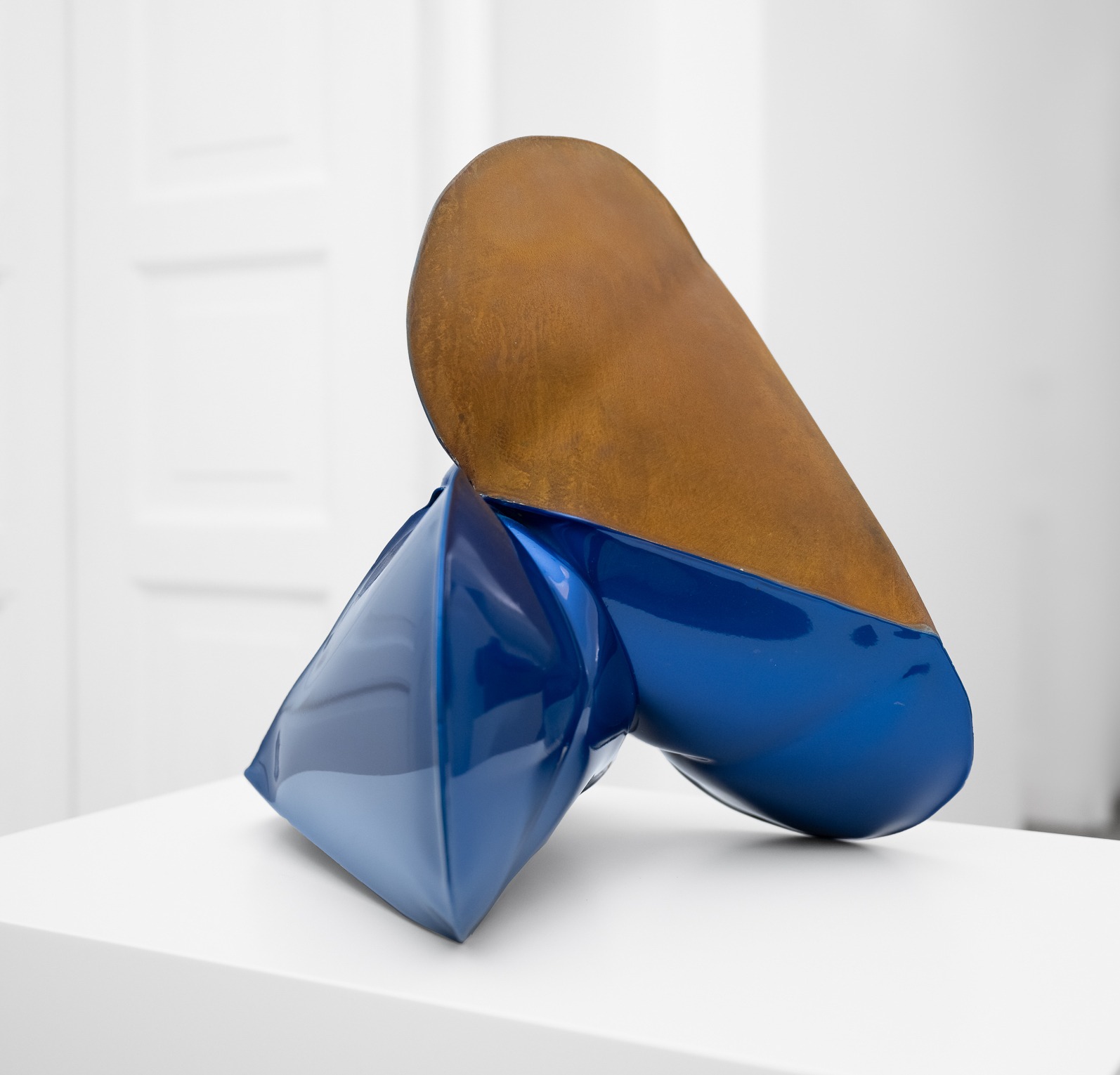 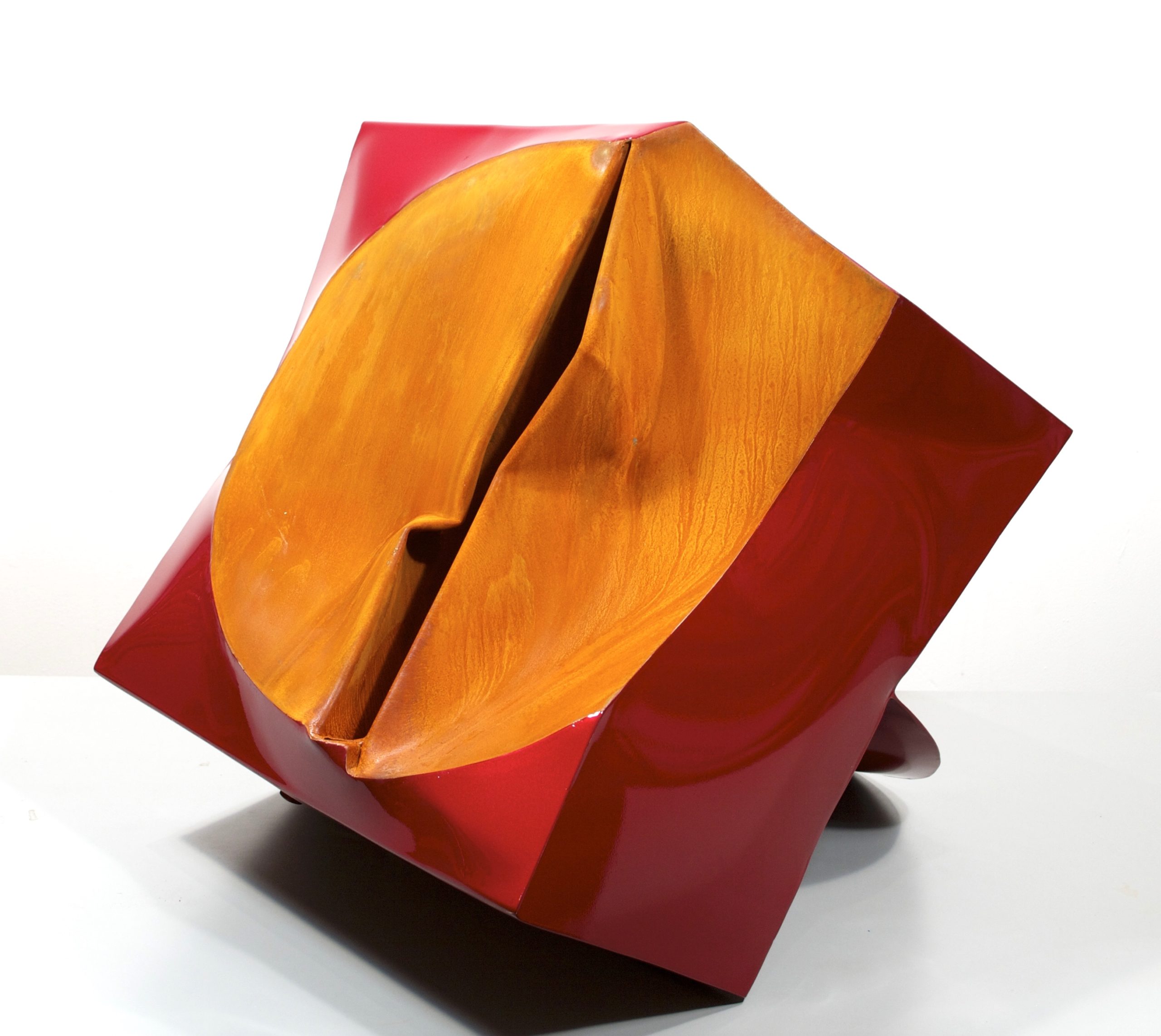 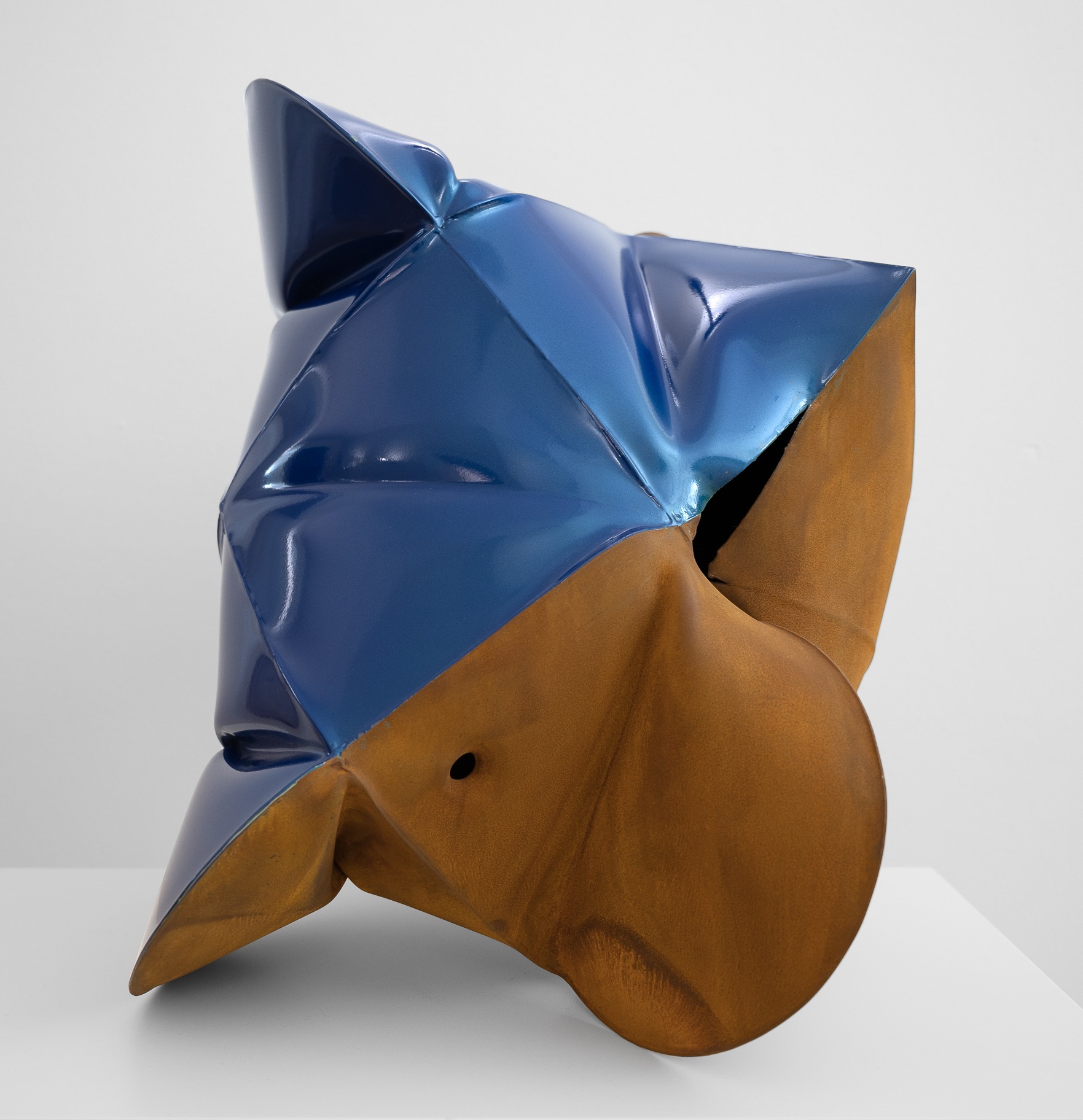 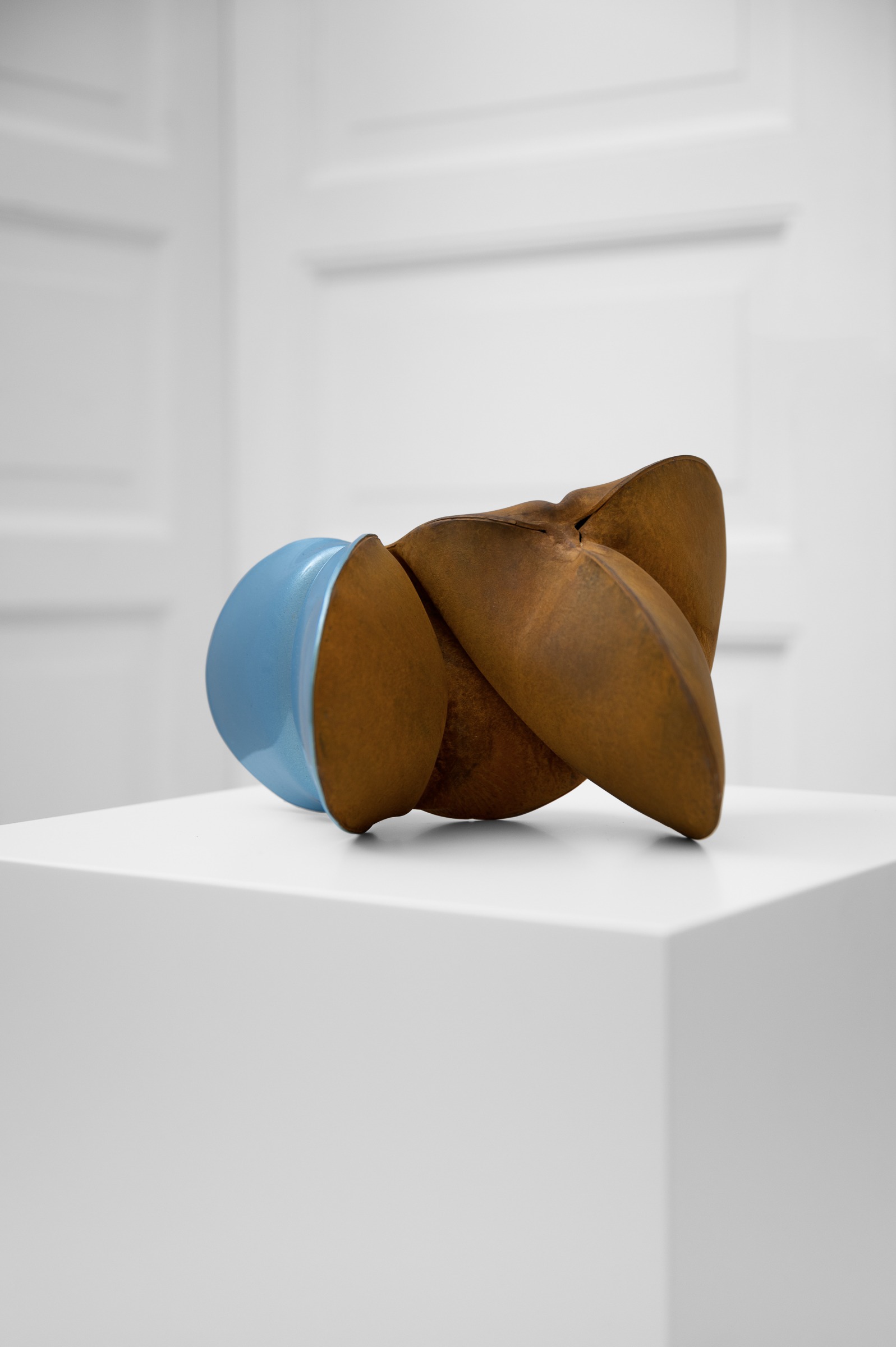 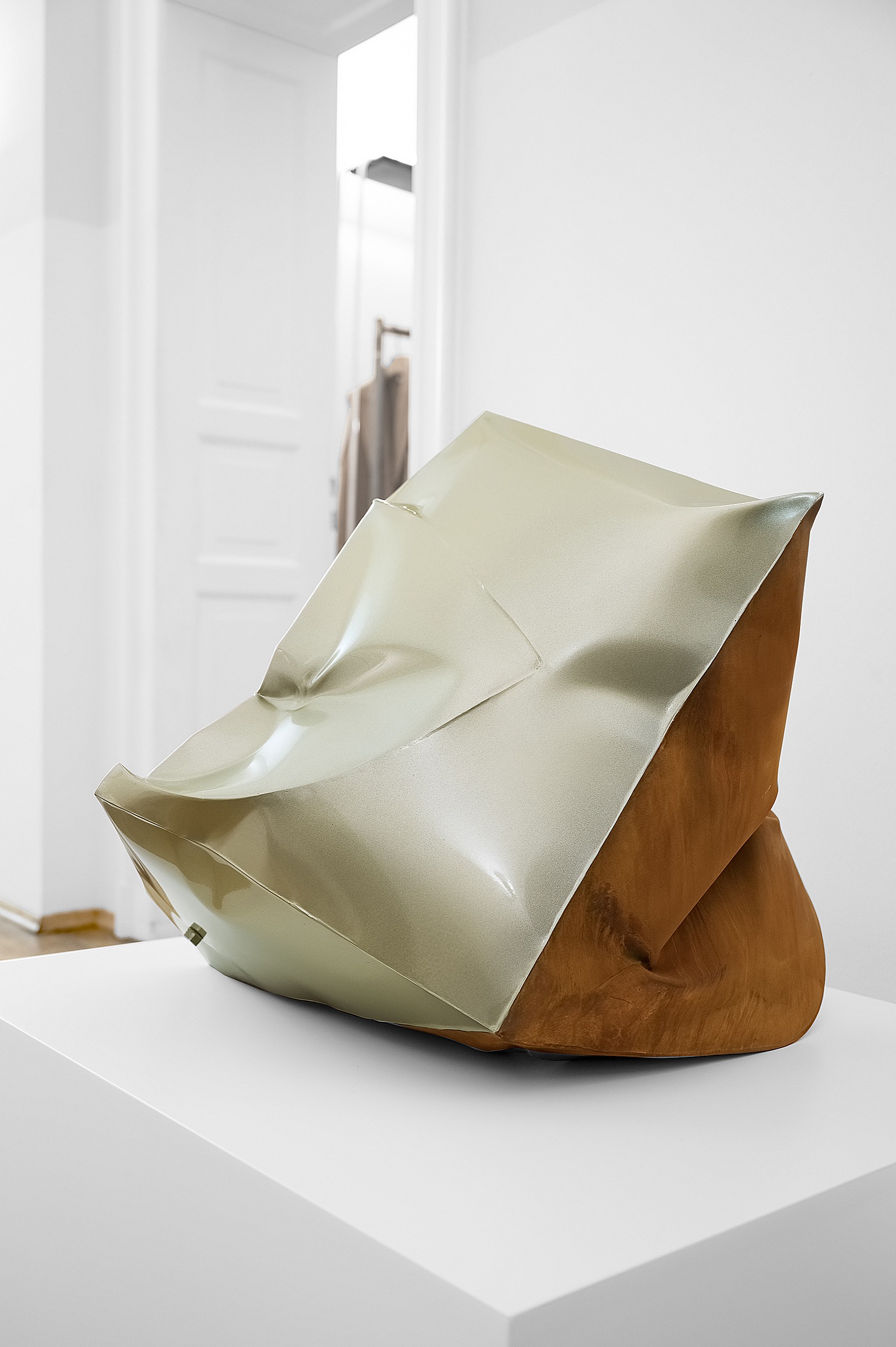