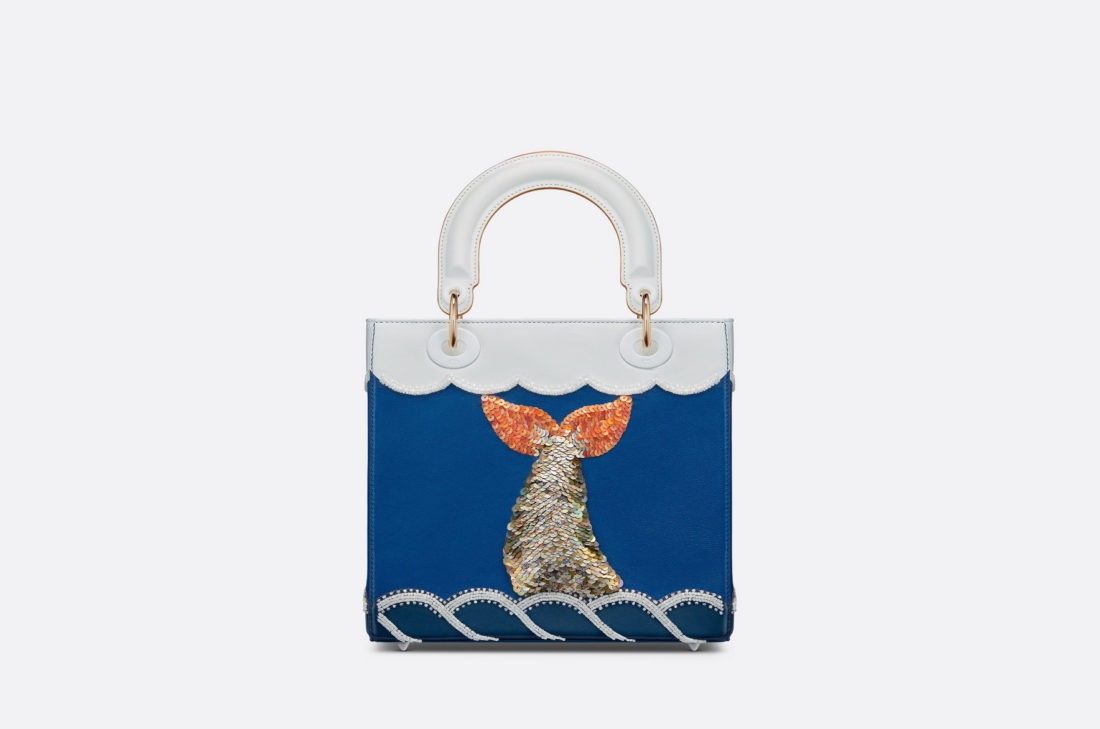 ABOUT THE SIXTH EDITION OF ‘DIOR LADY ART’

Playfully blurring fashion and art, German artist Leonhard Hurzlmeier for the sixth edition of ‘Dior Lady Art’ adorns the ‘Lady Dior’ with a female face, while the inside of the bag holds her brain. Also on display in this video filmed in the artist’s studio in Munich, a second version reveals a cloud under the rain that turns into a shimmering sun, while on a third bag a sequin-embroidered mermaid vanishes between the front and back of the creation, like a metaphor for an enchanted odyssey.

Having grown up in a family of artists, Leonhard Hurzlmeier soon became aware of his own artistic language, going on to develop a universe that is vivid, joyful and instantly recognizable. Garnering numerous awards, his art travels all over the world and can be divided into two realities: “The fast image”, the one we see, and “the slow image”, the one we interpret. His brightly colored pieces play with shapes and curves notably to present a pluralistic femininity… not without a certain derision.

Provocative, ambiguous, sometimes erotically charged, sometimes critical, but always humorous, his portraits are a panorama of current debates on identity and gender. In 2017, he moved his singular rhythm toward the motivic world of symbolism. For DIOR, he takes the ‘Lady Dior’ to the frontier between a game and an enigma. Reinventing its graphic lines, he adorns the icon with a female face while the inside of the bag holds her brain, a symbol of a playful new subversion.

Perpetuating this idea of duality, his second version reveals a cloud under the rain that turns into a shimmering sun. For his third design, the painter makes a sequin-embroidered mermaid vanish like a metaphor for an enchanted odyssey. A poem that is free and radical.